WhiteLife Photography is not possible without the collaboration of individuals and institutions. Our most sincere gratitude to them. 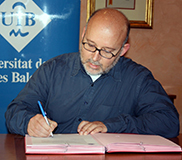 Dr. in Biology from the UIB and Professor at the University of the Department of Earth Sciences (Physical Geography). Member of the Board of the "Societat d'Història Natural de les Balears" as head of publications. His lines of research are related to the Management and Planning of the Natural Environment, the current and historical Biogeography, the coastal geomorphology and the taxonomy of different zoological groups. He is the head of the competitive research group of the UIB BIOGEOMED. He is currently the head of the Natural Sciences section of the Institut Menorquí d'Estudis (IME).
He has obtained the Jaume I Prize from the "Institut d'Estudis Catalans" (1996) in the category of the best work or doctoral thesis for "Endemic Fauna of the Balearic Islands".
He has been a member of the scientific committee of the LIFE BASES project in Menorca, Governing Board of the Sa Dragonera Natural Park, S'Albufereta Nature Reserve, Peninsula de Llevant Natural Park and Mondragó Park. 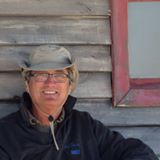 Juan Rita Larrucea is Professor of the University since 1991, he has taught at the "University of the Balearic Islands" in subjects related to Botany, Natural Resources Management, Vegetable Landscape, etc. in bachelor's, master's and doctorate degrees. The most important lines of research are those of Biogeography of the insularity, Biology of the conservation of threatened species, Reproductive biology of Mediterranean orchids, Mediterranean flora and Flora of Patagonia. He is integrated into the Biology Research Group of plants in Mediterranean conditions.
In terms of dissemination and transfer, it is worth mentioning that he was Coordinator of the Menorca Biosphere Reserve for four years and directed the website of the Herbari Virtual del Mediterrani Occidental. 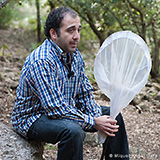 Xavier Canyelles, Xavi for friends, is multifaceted. His passion is the study of nature and specifically invertebrate fauna. He is a self-taught entomologist and professional illustrator. His specialty is coleopterans in general. He has given informative conferences, illustrated numerous naturalistic publications and some time ago published "Insects of the Balearic Islands" very basic work but with which an existing gap in this matter was filled. Collaborate with us helping to identify the insects photographed. 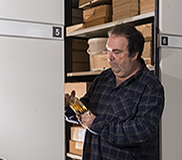 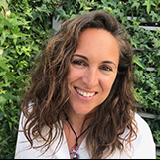 With an agricultural vocation, I'm the responsible for the Parks and Gardens Service of the City Council of Palma since 2005. I have previously worked as an associate professor at the University of the Balearic Islands and in a works and services multinational company. Linked to Associations related to Woodland, and aware of the need to transcend in the communication and dissemination of knowledge as a tool for the necessary social change, I collaborate with this project with the aim of transcending the importance of disclosing that we are Nature.

Botanical Laboratory of the University of the Balearic Islands (UIB).

The Botany Laboratory is integrated in the Biology Department of the University of the Balearic Islands. He teaches in the Bachelor of Biology and Agricultural Technical Engineering on issues related to the biodiversity of plants, uses of plants and the plant landscape. The botanical laboratory, in addition to the research work in botany, develops work directly related to the advice and management of the environment, conservation of natural heritage, and disclosure of botany. 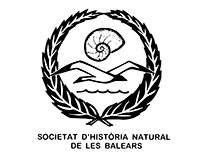 It is a non-profit cultural entity that was founded in Palma in 1954. Its main objectives are: Promote the knowledge of nature from different perspectives; Actively participate in the conservationist movements of the Balearic Islands; Promote the creation of the Museum of Nature of the Balearic Islands.
It has a periodic editorial line that is the Bulletin of the SHNB and another aperiodic one that are the Monographs of the SHNB.
The SHNB was declared of public interest (ORDEN INT / 298/2007, of January 29, by which various associations are declared of public interest BOE 40, February 15, 2007).
During this time, the SHNB, for its work in favour of the conservation and dissemination of nature, has been awarded several prizes: the first Ciutat de Palma (Ajuntament de Palma), the Alzina 1998 prize (Grupo Balear d'Ornitologia i Defense of the Naturalesa GOB), the Francesc de Borja Moll 2000 prize (Obra Cultural Balear), the Ramon Llull 2003 prize (Govern of the Balearic Islands) and the medal of honour and gratitude of the island of Mallorca, in the 2005 gold category (Consell de Mallorca) and the Environment Award (Institut d'Estudis Catalans) 2015.